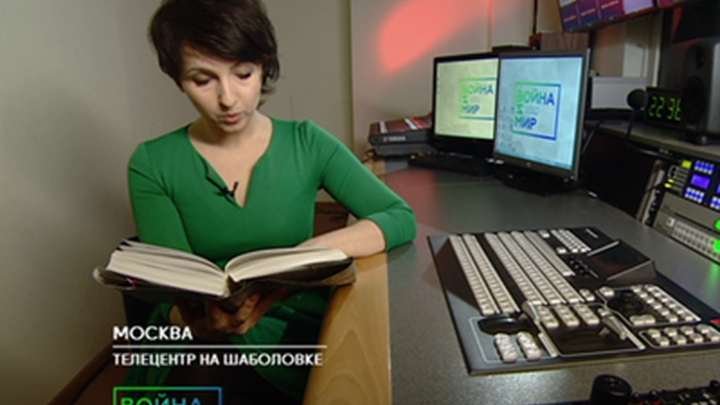 The public readings, pre-recorded at locations all over Russia, from the Winter Palace in St. Petersburg to remote Arctic islands, have been coordinated by Tolstoy's great-great-granddaughter and feature Russians from all walks of life, from gas workers to cosmonauts.

By Thursday morning, the readers had made it through two of the four volumes of the novel. The event runs over four days and finishes Friday.

The organizers invited French actress Fanny Ardant to read the numerous French-language passages in the novel, which describes both the Napoleonic wars and French-speaking high society in imperial St. Petersburg.

The readings are being webcast live and broadcast on national TV and radio, with nighttime intermissions.

On Thursday morning, three-minute passages from the novel were read aloud by a pop singer in Moscow, a jeweler in Nepal, an airline company owner in eastern Siberia, an actor in Chechnya and a baker in the Far East.

Among the upcoming highlights are the readings by Tolstoy's descendants at the family estate south of Moscow and a recorded message from cosmonaut Sergei Volkov who is currently at the International Space Station.

Tolstoy took six years to complete "War and Peace," which was rewritten 26 times. One of Tolstoy's most translated works, the novel is part of the Russian high school curriculum.